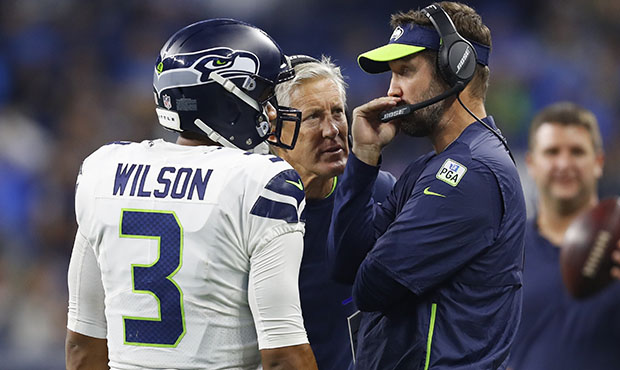 “Brian Schottenheimer is a fantastic person and coach and we thank him for the last three years,” reads a post from the Seahawks’ official Twitter account. “Citing philosophical differences, we have parted ways.”

The 2020 season was as up and down as one can get for Schottenheimer’s offense. Though Seattle set a franchise record for points scored, the majority came in the first half of the season. After the Seahawks scored 31 points or more in all but one of their first eight games, they were limited to 20 points or less in five of their last nine games (including the playoffs).

Seattle’s biggest problem may have been third down. Despite winning the NFC West and making the playoffs, it ranked 27th in conversion rate on third down out of the 32 NFL teams during the regular season at 40.2%.

Brian Schottenheimer is out as #Seahawks offensive coordinator after three seasons. The team cites "philosophical differences" for the decision.

The move is an about face from comments made Monday morning by Seahawks coach Pete Carroll both on 710 ESPN Seattle and in a season-ending press conference.

When asked by Paul Gallant of Danny and Gallant if Schottenheimer would be back for the 2021 season, Carroll responded: “Yes. We scored more points than any team in the history of the franchise.”

Later in the press conference, Carroll stated there were no plans to change his coaching staff.

Carroll spoke at length Monday about his desire to see Seattle’s offense run the ball more next season, which seems to be the likely “philosophical differences” the Seahawks cited for the change. Seattle began the season having quarterback Russell Wilson throw the ball with more regularity early in games and on early downs, and it added up to some of the highest scores of the Carroll era in Seattle, but there was a noted change in that offensive strategy’s effectiveness as the season went on.

The Seahawks seemed to shift away from the pass-heavy approach after difficulties appeared around midseason. It’s worth noting that Carroll said Monday that the defense’s turnaround from a poor start factored into the Seahawks playing a more conservative style on offense down the stretch.

“As we came on defensively, I adjusted us some to make sure we were really taking care of the football knowing we could win some games by the way we were playing defense, which you’ve seen us do for 10 years around here,” he said.

Schottenheimer, 47, came to the Seahawks after stints as an NFL assistant coach with Washington, the Chargers, Jets, Rams and Colts. He was offensive coordinator for the Jets (2006-11) and Rams (2012-14), and was quarterbacks coach for Indianapolis for the two years prior to joining Seattle’s staff. He is the son of legendary NFL coach Marty Schottenheimer.