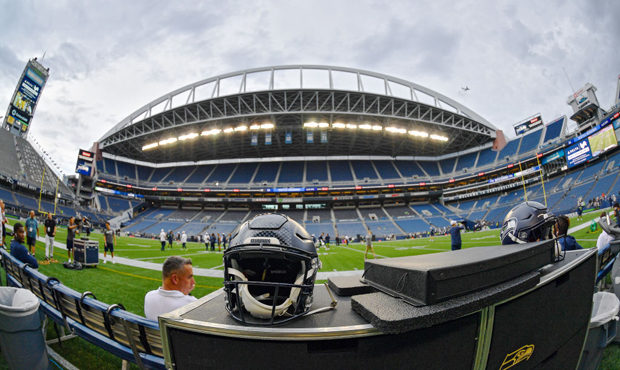 The Seattle Seahawks announced Wednesday that the team plans to play its first three home games of the 2020 season without fans in attendance.

That will encompass a Sept. 20 showdown against the New England Patriots, Sept. 27 against the Dallas Cowboys, and Oct. 11 versus the Minnesota Vikings.

“While CenturyLink Field has become the best home field advantage in the league thanks to your energy and passion, the health and safety of all of our fans, players and staff remains our top priority,” Seahawks President Chuck Arnold detailed in a written statement. “Although gameday will look different this season, we feel confident this is the right decision.”

The team remains “hopeful that conditions will improve as the seasons moves on,” while vowing to follow the lead of local public health officials in the days ahead as they decide whether or not to host fans for future games.

In June, Washington Gov. Jay Inslee outlined conditions for professional teams resuming play amid the ongoing pandemic, setting spectator-free play as one of the conditions. Under the governor’s restrictions, back-office operations of up to 50 people are also be allowed, “unless a county’s then-current phase permits a greater number of people.”

Other NFC West teams have varied in their plans for fans in 2020. The Arizona Cardinals informed season ticketholders in early July that the teams plans to allow a limited amount of spectators on a game-by-game basis, but haven’t provided details on an exact number.

Both the Los Angeles Rams and San Francisco 49ers are continuing to monitor the state of California’s COVID-19 crisis before making a final decision. In a survey conducted by Casino.org, 38% of 49ers fans said they would not attend games this season due to concerns over the pandemic, the highest total of any fan base.