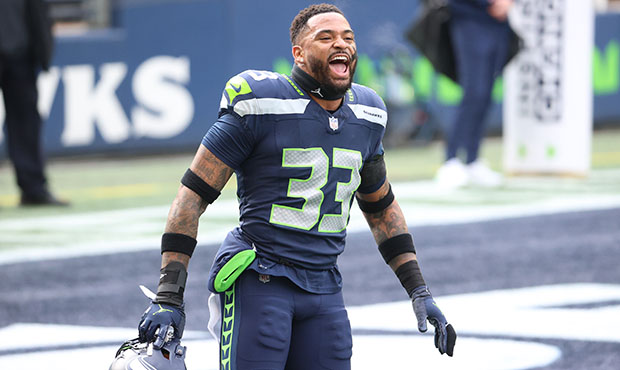 Salk: Seahawks-Jamal Adams extension is inevitable, and most importantly necessary

The Seahawks gave up two first-round picks to trade for Jamal Adams. (Getty)

“(It) was inevitable – and, as it happens, necessary.”

So said Hans Gruber as a key part of his brilliant and nearly-successful plan to steal $500 million in negotiable bearer bonds from a locked vault on the 30th floor. In this case, Hans was talking about police intervention at Nakotomi Plaza on Christmas Eve. But the phrasing works just as well in considering the long-term extension the Seahawks will eventually sign with Jamal Adams.

It is both inevitable and necessary.

This deal will get done. Both sides have indicated their willingness to negotiate. Adams, by staying quiet and not putting outside pressure on the team. The Seahawks, by excusing (i.e. not fining) him for skipping mandatory minicamp. This is the contract negotiation version of flirting. They are sending signals to each other that they want to get something done.

So when two sides are at that stage, I believe the deal is inevitable.

But the bigger issue for the Seahawks is that this is necessary. They have put themselves in a position where they have to make a deal. Here’s why:

1. The Seahawks gave up the farm to get him.

When you give up two first-round picks, you are pot committed. The draft is the lifeblood of any NFL franchise – it is the primary vehicle for building and sustaining success. It serves up young, cheap talent that allows you to pay more for the right veterans. It saves you from salary cap problems. And to give up your most valuable asset for two straight years – well, that simply can’t be for a rental player who didn’t help you win a playoff game. That would be an unforgivable mistake.

2. He is their emotional leader.

Ever since Kam Chancellor’s untimely retirement, the Seahawks have been looking for a personality to replace the leadership he brought on defense. In trading for Adams, the believed they had found it. He combines the leadership and physicality of a Chancellor with the vocal passion of an Earl Thomas.

While captain Bobby Wagner brings the veteran leadership presence, it is Adams who has the emotional intensity they had lacked the previous few seasons. And because that is part of the value proposition of the original Adams trade, they would be foolish to play the annual franchise tag game with him. Why trade for an emotional leader only to make him unhappy? You would be forfeiting one of his more valuable traits.

Mollifying Adams with a new contract allows the team to get the most value from the player. Doing it as soon as possible allows you to get that value in minicamp and training camp, not just during the season.

3. The Seahawks need him on field.

Jamal Adams led the Seahawks in sacks. As a safety. Playing in only 12 games. His 9.5 sacks were three more than the next highest Seattle defender – and that was Jarran Reed, who was cut. Yes, they have made strides to improve their pressure on opposing quarterbacks. But they need him on the field. Badly.

4. He defines the direction the modern game is heading.

Adams wants to be paid outside of the NFL’s acceptable parameters for his designated position (safety). I don’t blame him. The league pays players according to their position, not their value to the team. Heck, that is sanctioned through the franchise tag system, which assigns positional values.

Despite the fact that I believe that system is essentially collusion, Adams has a very real case that he isn’t just a safety. He had 9.5 sacks and zero picks. Plus, players like him have become increasingly valuable to defenses for their ability to handle tight ends down the field, set the edge on rushing plays, handle the middle of the field against slot receivers and spread systems, and get after the quarterback. That deserves money that maybe the safety position hasn’t commanded until now. The Seahawks will need to lead the way in making that happen.

Paying Adams is not without risks. He has an injury history, including multiple injuries last season alone. Paying veterans is a sticky business in a league that puts a premium on young, cheap, fast talent. But, much like me reciting every word of dialogue each time I watch “Die Hard,” this deal is both inevitable and necessary.

Heaps: Why Pete Carroll has high expectations for Marquise Blair