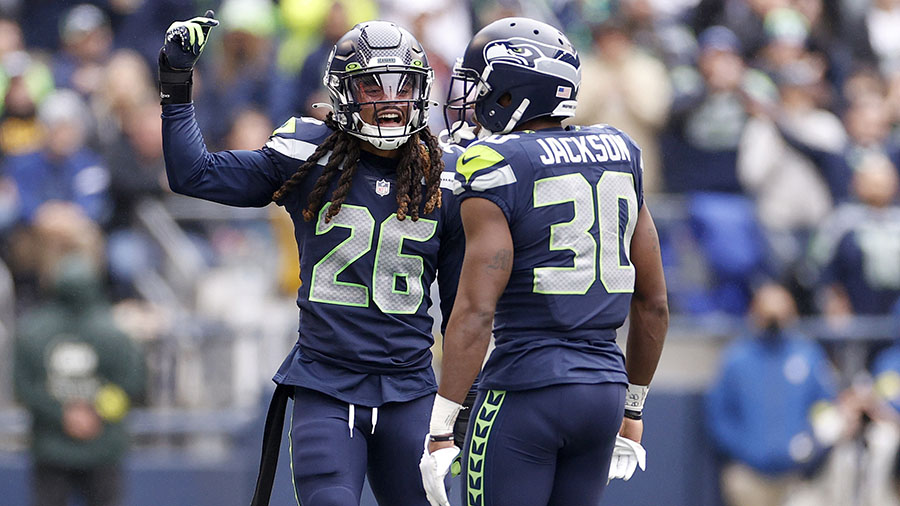 The Seahawks have been cooking on defense as they’ve won three games in a row and they should be getting a promising young player back very soon in cornerback Tre Brown.

Brown, a fourth-round pick last season, played very well in five games as an outside cornerback before suffering a season-ending knee injury that has sidelined him for the start of this season.

But he’s getting closer and closer to returning, and per head coach Pete Carroll, the competition will be on at cornerback once Brown is ready to go.

“Tre’s a good football player and when he gets back to game speed and ready to go, he’s going to try to make something happen himself, so we’ll see how it goes,” he told reporters this week. “There’s nothing I love more than seeing (competition. And it’s hard on guys. Guys like to kind of get comfortable, ‘I’ve got my spot and I kind of own it,’ but it’s not always like that.”

The Seahawks appear set at one outside cornerback spot in star rookie Tariq Woolen, and even the nickel spot that has been an area of concern the last few years appears to be locked down with rookie Coby Bryant. That leaves the other outside corner spot potentially up for grabs. Michael Jackson has started every game this season opposite Woolen.

So how should the Seahawks handle that situation? Bob Stelton and former NFL linebacker Dave Wyman discussed that during Tuesday’s Wyman and Bob on Seattle Sports 710 AM.

“It’s going to be about that other spot that’s occupied by Michael Jackson … He’s coming off a really good game,” Stelton said.

Jackson hasn’t been as good as Woolen this year and he doesn’t have as many splash plays, but he’s been very solid and had arguably his best game of the season during Sunday’s win over the New York Giants.

“He has played really well as of late,” Wyman said. “… But you know how I feel about Tre Brown. I mean, Tre Brown, I think he is legit. He is real.”

Wyman thinks the Seahawks should ease Brown back into game action, in part because Jackson has been playing well.

As for Stelton, he thinks because Brown may be a long-term answer at cornerback, he should be the guy once he’s healthy.

“I feel like it should be (Brown) based on how you felt about him when you drafted him and what we saw (last year),” he said. “I know it’s only five games, but it feels like if he’s healthy, he’s got the ability and talent that that should be his job. And that’s not trying to rip on Michael Jackson who has certainly been better as of late.”

“I’m just excited to see, ‘alright, what does he look like?’ Because we’re relying on games that took place a long time ago, it feels like now. So I’m excited. It’s a great problem,” Stelton added later. “You’re not talking about, ‘He’s got to get ready quick, because you’ve got a liability there, you’ve got a problem at this spot.’ You don’t. So that’s a great position to be in. And that’s what makes it really fascinating to see how it works out, because I feel like either way, you’re in a good spot because Michael Jackson is playing really solid the past few games and you’ve got a guy (in Brown) who you believe is a pretty exceptional talent getting healthy and ready to come back. So that’s a fantastic spot to be in.”

Listen to the first hour of Tuesday’s Wyman and Bob at this link or in the player below.

Close
How should Seahawks handle their ‘great problem’ at cornerback?