For the second straight day, the Mariners’ lineup looks a little different.

Shortstop J.P. Crawford, who was scheduled to move up to the leadoff spot for Seattle, has been scratched from the lineup shortly before the 7:10 p.m. Tuesday night game against the Minnesota Twins. Left fielder Jesse Winker, who has been leading off for the Mariners of late, gets the day off.

Mariners manager Scott Servais confirmed it is simply a day off for Winker, who has struggled all season. The starting right fielder for the National League in the All-Star Game in 2021, Winker was seen as a key addition for the Mariners this year. Unfortunately for Seattle, he’s slashing just .208/.319/.303 with four home runs in 60 games, though he does lead the American League in walks with 37. His numbers are a far cry from the .305/.394/.556 slash and 24 homers he hit in 110 games with Cincinnati in 2021.

Initially used in the middle of the lineup by the Mariners, Winker has recently been moved to leadoff, a spot he hit out of regularly for the Reds. It hasn’t produced noticeably different results in 17 games, however.

With Winker and Crawford out of the lineup, Dylan Moore will play shortstop while Sam Haggerty will man left field.

Servais Show: What stands out about breakout reliever Penn Murfee

On the mound for the Mariners will be Logan Gilbert, who has been their best starting pitcher to date in 2022.

Coverage of Game 2 of the M’s series with the Twins at T-Mobile Park will be carried on Seattle Sports Station 710 AM, SeattleSports.com and the Seattle Sports app starting at 6 p.m. with the pregame show. For details on how to stream Mariners games from Seattle Sports on your phone or another device, click here.

Here are both team’s full lineups:

Joe Ryan is back on the mound tonight. #MNTwins pic.twitter.com/BtBJoGthtW 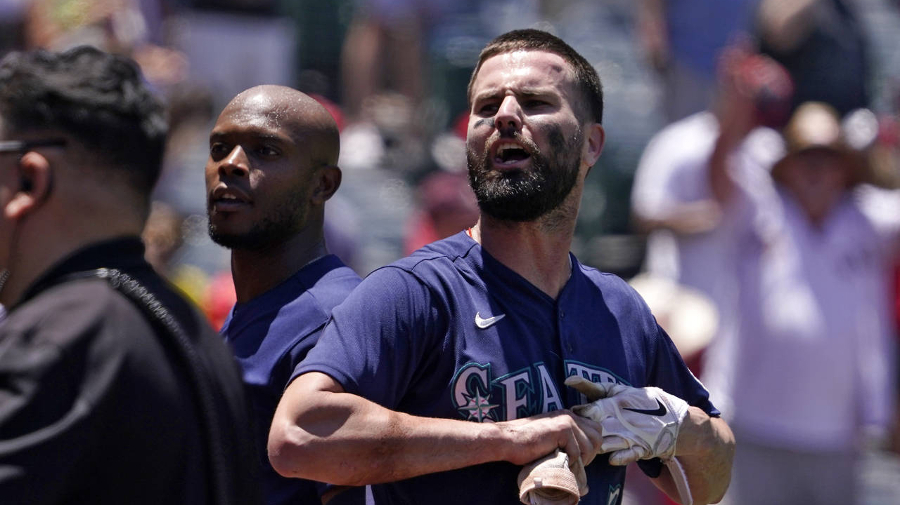