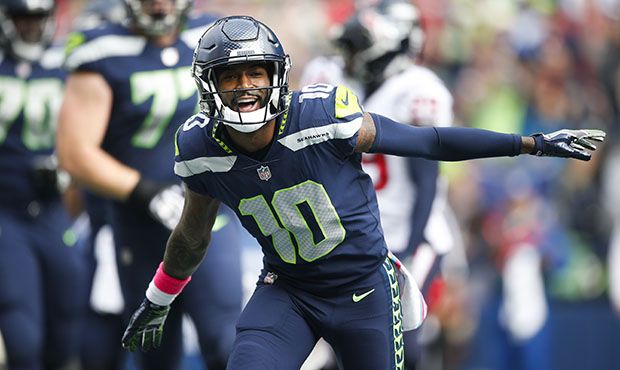 The Seahawks have reunited with one of their 2014 second-round picks, Paul Richardson. (Getty)
(Getty)
Share

A few days after his tryout, the Seahawks have signed wide receiver Paul Richardson, who Seattle drafted in the second round in 2014. NFL Network’s Mike Garafolo was the first with the report Saturday. The team confirmed the signing Sunday morning.

Seahawks takeaways: What Ken Norton revealed about his defense

Richardson had a career year in 2017, catching 44 passes for 703 yards and six touchdowns. He then signed with Washington in free agency on a five-year, $40 million deal, but injuries limited him to just 17 games in 2018 and 2019. Richardson was released after 2019 and finished his Washington tenure with 48 catches, 507 yards and four touchdowns.

The Seahawks have been tied to a few free-agent wide receivers this offseason, namely multi-time All-Pro Antonio Brown – who is suspended the first eight games of the season – and Josh Gordon, a member of Seattle’s roster last year before being suspended indefinitely for failing a drug test. Gordon had seven catches and 139 yards in five games for the Seahawks.

According to ESPN’s Brady Henderson, Dorsett, Ursua and Thompson have all been battling injuries over the last week.

Richardson wasn’t the only former Seahawk to have a tryout, as longtime starting center Justin Britt was also in the building last week. There have been no reports that Britt, who the Seahawks cut earlier this offseason, has signed a contract or is close to signing back with Seattle.