O’Neil: Seahawks’ draft picks weren’t puzzling, but their positions are 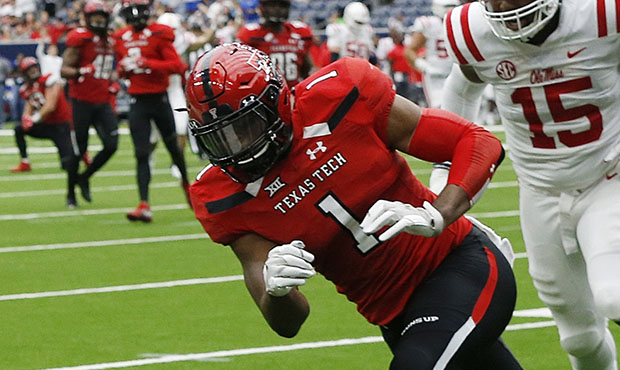 They say it takes three years to evaluate an NFL draft class, which is fortunate for the Seahawks. And that’s not just because the immediate reaction to Seattle’s choices in this year’s draft was fairly hostile at a national level for what that’s worth, which honestly isn’t all that much.

It might take time to properly evaluate Seattle’s selections because three of the first four players the Seahawks drafted play positions that seemed fairly well stocked entering next season.

First-round pick Jordyn Brooks is a linebacker, and while there’s certainly room for him to get on the field as a rookie, the most valuable of the three spots, which is in the middle, is already occupied by Seattle’s best and highest-paid defensive player: Bobby Wagner.

Their third-round pick – guard Damien Lewis of LSU – plays the same position as their first free-agent signing this year, B.J. Finney, and while Seattle will release guard D.J. Fluker, Mike Iupati was re-signed, too.

Then there’s tight end Colby Parkinson, the first of Seattle’s two fourth-round picks, who plays the same position as their highest-priced addition of the offseason, Greg Olsen, as well as Will Dissly.

The Seahawks didn’t neglect their immediate needs entirely. They traded up in the second round to pick Darrell Taylor, a defensive end, and added Alton Robinson at that same spot with a fifth-round choice on Saturday. But other than that, a good chunk of Seattle’s draft this year was dedicated positions that weren’t perceived to be specifically lacking.

This class looks like one more geared to 2022 than it is to 2020. How you feel about this approach depends on how you feel about last season. It makes sense if you’re someone who looks at last season and concludes that Seattle was less than a foot from winning the NFC West in the regular season, and a third-down stop away from having a chance to advance to the conference championship in spite of the fact it was down to its fourth-string running back.

All of those facts are true. But they don’t tell the whole story because when you put last season under a microscope, there’s plenty of evidence of dry-rot, especially on the defense. The team had 28 sacks, tied for the second-fewest in the league, and the team chose not to re-sign Jadeveon Clowney. Seattle allowed 4.9 yards per rush, tied for fourth-most in the league, and while you can point to how close Seattle was to beating the 49ers in the regular-season finale, you can also say the only reason the Seahawks made the playoffs was a missed field goal. If Greg Zuerlein hits that 44-yard field-goal attempt on Oct. 4 at CenturyLink Field instead of pushing it right, it would have been the Rams who earned a wild-card playoff berth, not the Seahawks.

That reality is hard to reconcile with an offseason in which the Seahawks largely added to their depth first in free agency with short-term, moderately priced pick-ups, and now in the draft where Seattle opted for long-term value ahead of most short-term needs.

Was it the right call? Well, that’s going to depend entirely on the caliber of the players Seattle already had in place because this year’s draft class may have to wait in line before it can yield significant dividends.