Seahawks Inactives: Dunlap to play, Shell and Ogbuehi out at RT 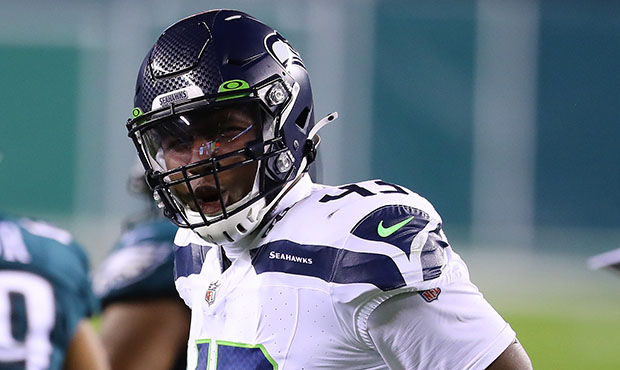 The Seahawks’ best pass rusher is good to go against the Giants in Week 13, but Seattle will have a different offensive line configuration than expected on the right side.

Defensive end Carlos Dunlap, who has 3.5 sacks since joining the team in Week 9, is active for the Seahawks. He was questionable to play with a foot injury. Since Seattle acquired Dunlap, the defense has accumulated 21 sacks in four games and the pass rush, which was a weakness to start the year, has become a strength due in large part to Dunlap’s presence.

On the other line, Seattle will have four of its Week 1 starters ready to go, just like last week, but right tackle will look different than anticipated as both starter Brandon Shell and backup Cedric Ogbuehi are out. Shell suffered an ankle injury two weeks ago and was doubtful to play, while Ogbuehi was questionable with an injured calf that caused him to be a limited participant in practice on Friday.

Jamarco Jones, who has appeared at guard this year, will likely get the starting nod at right tackle. The Seahawks also promoted offensive tackle Chad Wheeler to the 53-man roster on Saturday from the practice squad.

Starting right guard Damien Lewis was questionable to play with a groin injury, but he is active.

Reserve running Travis Homer is once again out as he battles knee, wrist and thumb injuries. Defensive end Jonathan Bullard and second-year guard Phil Haynes round out the Seahawks’ five-man inactives list. Seattle did not promote any players from the practice squad to the gameday roster for Week 13.

The Seahawks will also have their top two running backs active for the second week in a row as Chris Carson, who didn’t carry an injury designation, will make his second start after missing four games, and Carlos Hyde, who was questionable with a toe injury, is active as well.

For the Giants, they will turn to backup quarterback Colt McCoy as second-year starter Daniel Jones is out with a hamstring injury, per Paul Schwartz of the New York Post. McCoy has been in the NFL since 2010 and has been a backup for essentially that entire time. The Giants are McCoy’s fourth team in his 10-year NFL career.

Gallant: Which version of Russell Wilson will Hawks get going forward?

Close
Seahawks Inactives: Dunlap to play, Shell and Ogbuehi out at RT