Salk: Why the Seahawks can’t just ‘move on’ from Jadeveon Clowney 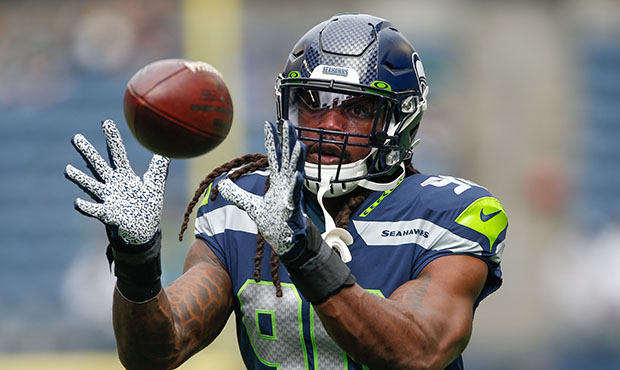 The Seahawks have added two players to their pass rush in free agency, with both Bruce Irvin and Benson Mayowa having registered more sacks last season than Seattle’s leader in 2019, Rasheem Green.

While that sounds good on paper, those additions aren’t enough for the Seahawks to hang their hat on when it comes to improving a position that struggled to get to the passer last year, according to 710 ESPN Seattle’s Mike Salk.

In his daily segment with Tom, Jake and Stacy on Thursday, Salk explained why the Seahawks still have a lot of work to do at defensive end and still need to sign a player like Jadeveon Clowney.

“It’s a fine signing,” Salk said of Seattle agreeing to terms with Mayowa on Wednesday. “Look, that guy’s good. There’s no reason not to sign Benson Mayowa. There’s no reason not to sign Bruce Irvin. Those guys are good players and they know the system here, but I think we all like to point back to the glory years of 2013 and 2014 and say, OK, what set that team apart? Well, that the Bruce Irvins and Benson Mayowas of the world were rotational.”

And those rotational players were able to play behind Pro Bowl-type talents.

“They were behind Michael Bennett and Cliff Avril and Chris Clemons at various times,” Salk continued. “… They were not the stars you were counting on to come up big. You still need players like that. … Those are good signings but I want them to still be rotational, which means you still find yourself looking for the guys that can truly get to the passer with great regularity. … So where are they going to get the top-end talent to keep these guys in a place where they are able to succeed?”

The Seahawks of course have been in the mix to sign Clowney, who spent 2019 with Seattle and is the top defensive end available in free agency. And if the Hawks decide they’d rather not pay what it takes to re-sign him, Salk hopes there’s a good contingency plan in place, whether it’s trading for Jacksonville star Yannick Ngaukue or acquiring another big name that can play in front of Mayowa, Irvin and Green.

How would Salk feel if it came out that the Seahawks had decided to move on from Clowney?

“I’ll feel that you’re not as good as you could be,” he said. “I hope that they’re not doing that. I want them to get somebody who’s in the top tier. I want top-tier guys. Maybe that’s Clowney. … I don’t think you move on from Clowney before you have another bird in the bag or whatever the analogy is. If you’re going to move on, you better be sure that whoever you’re moving on to, you’re going to get. I don’t care who it is, but find me a premier guy to go to pair with a couple of these rotational players, and if you can, bring in (Everson) Griffen to go with him.”

Clowney was initially reported to be looking for a deal worth $20 million per year, but with free agency having gone on for weeks, it’s now said that his asking price has been lowered to $18 million or perhaps a little less. Salk said the Seahawks “need to be careful” and explained why it’s hard to understand the position Clowney is in.

“You want (to sign Clowney) on your terms, but you don’t want to let the price drop so low that you find yourself competing with a lot more teams, then all of the sudden the price climbs again,” Salk said. “… He was such a big prospect (out of high school) that I knew who he was and I hate recruiting. … His entire life, he’s been lusted after by the next level of competition. … His entire life has been geared toward this offseason in many ways and now it’s been taken away from him (because of the coronavirus limiting travel), so he’s a bit of a wild-card and I think for very good reasons.”

Find the full conversation in this podcast of Thursday’s edition of Tom, Jake and Stacy.