Groz: Seahawks telling familiar story in free agency, so why are some mad? 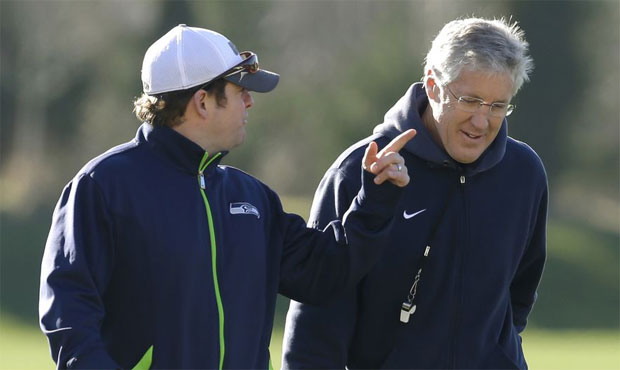 The Seahawks’ moves in free agency are the only game in town, as 710 ESPN Seattle’s Dave “The Groz” Grosby puts it. And so far, the Seahawks have progressed through the offseason like they usually do.

Wyman: Luck and timing could be key for Hawks this offseason

Seattle has yet to truly make a splash, staying away from big-money deals while bringing in four offensive linemen and bringing back pass-rusher Bruce Irvin, the team’s 2012 first-round draft pick.

Jadeveon Clowney, the star defensive end who the Seahawks’ offseason – and likely those of several other teams – is revolving around, remains available. So in that respect, it’s understandable that it’s been somewhat slow going for Seattle in free agency.

So why are some people who follow the Seahawks mad about what they’ve done thus far, less than a week since the NFL’s 2020 league year officially started? The Groz addresses that in his latest Just A Minute video, which you can watch embedded above or at this link.

For more Seahawks free agency coverage, click any of the links below.

• Takeaways: Hawks’ focus stays on OL, not D, with addition of Warmack
• If Clowney considers short-term deal, does that favor the Seahawks?
• Bumpus: After Clowney, Seattle’s priority should be nickel corner
• 2020 offseason tracker: Signings, departures and more

Close
Groz: Seahawks telling familiar story in free agency, so why are some mad?