Seahawks’ Marshawn Lynch could be back Monday; J.R. Sweezy, Luke Willson out vs Arizona 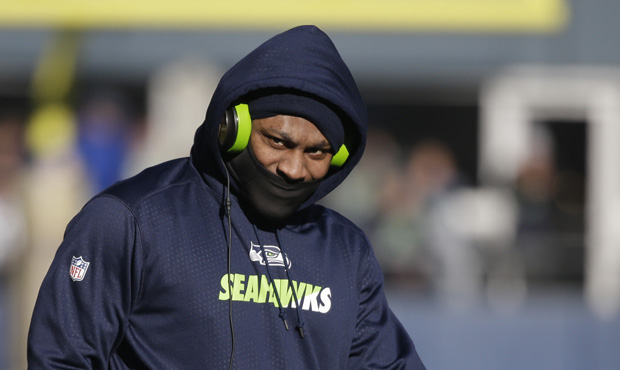 Pete Carroll said Marshawn Lynch has "done about all he can do" in his rehab work in the Bay Area. (AP)
(AP)
Share

RENTON – The Seahawks are anticipating Marshawn Lynch returning to the team on Monday.

First, though, they’re going to have to play their regular-season finale without not only Lynch, but also right guard J.R. Sweezy and tight end Luke Willson, both of who have been ruled out on Sunday because each suffered a concussion.

Willson’s concussion was diagnosed during last week’s game after he was struck helmet-to-helmet by a Rams player who was going for the ball. A penalty was called on the defender that play for striking the head of a defenseless receiver.

Sweezy’s concussion symptoms were recognized on Wednesday during the team’s walk through.

“I was just watching him and he just looked different,” coach Pete Carroll said. “I asked trainers to take a look at him, and we started to talk to him, and he definitely had concussion symptoms that he didn’t recognize and didn’t report.”

Sweezy has been ruled out for this week’s game, and his status next week will remain up in the air. Carroll declined to specify who will start in Sweezy’s spot.

“It will be a moment of drama we’ll hold you to,” Carroll said.

Rookie Mark Glowinski and Lemuel Jeanpierre are the most likely candidates to step in for Sweezy.

Carroll also said it’s unlikely left tackle Russell Okung will play. He was held out of last week’s game because of a strained calf, and while he practiced on Wednesday, Okung was sore after the workout. Okung is listed as doubtful.

With two starting offensive linemen unlikely to play, Carroll was asked if that would affect his plans for playing quarterback Russell Wilson.

Strong safety Kam Chancellor did practice this week, and has a chance to return after missing the past two games with a bruised tailbone.

“He made it through the week and looked good,” Carroll said. “He’s got a chance to play in the game so we’re really excited about getting him back. I know he’s looking forward to playing.”

Chancellor is listed as probable, which means he is considered likely to be available for regular duty. Defensive tackle Jordan Hill is also probable after missing the last four games with a toe injury.

Lynch’s opportunity to return could be just around the corner as he’s wrapping up his rehabilitation work in the Bay Area.

“The latest update today is that he’s really doing well,” Carroll said. “He’s done about all he can do at that end of it. That’s great to hear. We’ll see what that means here in the next couple days. He’s really tried to get back as soon as possible. He’s having the kind of success and the workouts not setting him back. We’re hoping that means he has a chance to get back to us next week.”

Close
Seahawks’ Marshawn Lynch could be back Monday; J.R. Sweezy, Luke Willson out vs Arizona