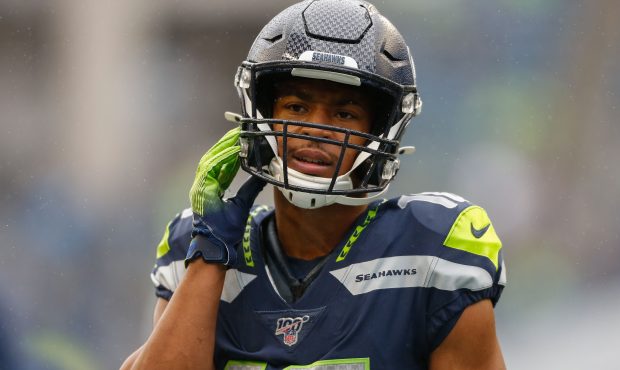 The Seahawks are coming off their bye week and will travel out east to take on the Philadelphia Eagles on Sunday.

There are a few storylines to pay attention to going into the game, namely with injuries and playing time, and head coach Pete Carroll talked about a few of them during his Friday press conference after the team’s final practice before they depart for Philadelphia.

As you can imagine, the extra week was nice for many Seahawks players who were battling injuries and various ailments over the last few weeks. The week was a big benefit for the team’s health.

“The week worked out great,” Carroll said. “You could really tell that the (players’) legs get a boost. You can see the effect. Guys looked really quick. It was a really spirited week and we’re feeling good and we got guys through it so it worked out just fine.”

One of those players was tackle Duane Brown, who has battled a bicep injury this season as well as injured knees. Carroll said the team has done a good job managing Brown’s workload throughout the season and he is still very involved at practices and all the team’s walkthroughs.

Another player the bye greatly benefited was Seahawks’ leading receiver Tyler Lockett, who left Seattle’s Week 10 overtime win over the 49ers with a leg injury. Lockett stayed for two nights in a leg injury. Luckily, Lockett avoided surgery for what was feared to be compartment syndrome, and he will play on Sunday.

“He did well,” Carroll said of Lockett’s week of practice. “He’s ready to go.”

Carroll also said that Lockett is able to return to returning kicks and punts as well, so it appears there will be little to no limitations in his game.

The bye week was critical for Lockett as he has a chance to play all 16 games.

“He didn’t work on Monday and Wednesday he did a little bit of stuff to show that he was coming back and really it was for him and his own confidence as much as anything,” Carroll said. “At this point it’s not a dangerous injury … I don’t know if he would have made it if we played last week. That would have really been hard to see that happening but he’s ready to go now so he’s fine.”

The Seahawks have just three players on the team’s final injury report.

In the case of Clowney, the team will decide on Sunday if he’s able to play.

“He (is dealing with) a sore hip and he had a little off campus treatment today, so we’ll see how he is on gameday,” Carroll said.

Clowney has been Seattle’s best player on defense this year and was a force in Week 10 with a sack, a forced fumble, a fumble recovery for a touchdown and a number of quarterback pressures and hits. He won NFC Defensive Player of the Week honors for his dominant performance. But it was in that game where the injury occurred.

“(It was) something he felt in (the 49ers) game, (and he) came out of the game with a little something and we’re checking him out and making sure he’s OK,” Carroll said.

The Eagles are without starting right tackle Lane Johnson who is one of the best in the league, and first-round pick and Washington State standout Andre Dillard is expected to start in his place. Dillard is usually a left tackle, so lining Clowney up against the out of position rookie is a matchup the would Seahawks likely try and pursue if Clowney can play.

If Clowney misses the game or is limited, that may open the door for first-round pick L.J. Collier to play more at defensive end. Collier missed time in the preseason with an injury and has struggled to get on the field. He has been a healthy scratch a few times and has just two tackles this season.

“He had a good week again,” Carroll said. “We’re really looking forward to seeing him play some like we’ve said, we just need to get him out there so we’ll see if this is the week to do that.”

The Seahawks lost rising star tight end Will Dissly to a torn Achilles in Week 6 and may be without Luke Willson on Sunday.

“Luke, we have him officially listed as doubtful. I have him as ‘probable doubtful,’” Carroll said. “I don’t know if that’s an official category but I just can’t go with the doubtful thing in my mind. I mean, we’ve got to say something so we’re calling him probable doubtful on my list and we’ll see what happens.”

To add depth to at that position, the Seahawks activated veteran tight end Ed Dickson from injured reserve on Wednesday. On Friday, Dickson was placed back on IR and he will miss the rest of the season.

“We stepped up his work in the first couple days and knowing that we were working to get ready and Ed, he’s just not ready and that’s unfortunate and I feel bad for him and all but it’s the right thing to do,” Carroll said. “He’s just not ready to play yet and he was ready to get back to practice, he did that and when we pushed it up we could tell (he wasn’t ready to play) so we had to move him back to IR. The only way we could get him was we had to activate him on Wednesday in order to make him available … I sat with him and talked through it and he understood. He could tell he didn’t quite feel as ready as he needs to be.”

Carroll said Dickson isn’t where he needs to be to be able to play the rest of the way.

“He’s just totally got to get all the way back,” Carroll said. “He’s back far enough where he can run and move and do stuff but he doesn’t have full whatever it is, there’s something that’s not quite right and we’re going to figure it out now that he hasn’t quite made it back where he can explode (off the line) the way he needs to. It’s just not right to put him out there.”

As it stood, Jacob Hollister was the only healthy tight end on the roster. Hollister has three touchdowns over the Seahawks’ last two games, including the game-winner in overtime against Tampa Bay in Week 9. Carroll is very impressed with his play.

“We’re really fired up about Jake. Jake needed a chance to show (what he could do),” he said. “He has been always with us a tremendous worker. He’s fast, he’s got really good speed for the tight end spot and his natural ability just has come through so we’re thrilled he’s making the plays he’s making and we’re using him as we are and he’s still participating in special teams as well so he’s really doing a great job and I’m really fired up about it.”

“He knows what he’s doing and we’re comfortable with him,” Carroll said. “I feel good he’s the guy who’s stepping up. We can do a lot with him.”

When the Seahawks activated Dickson on Wednesday, they waived veteran cornerback Jamar Taylor. Taylor had been the team’s go-to nickel cornerback, but had a rough game against San Francisco. Now, it appears rookie defensive back Ugo Amadi will fill that role.

“He’s done everything we’ve asked of him,” Carroll said of his fourth-round draft pick. “He had a couple of big plays this week and he’s ready to go really we don’t have any reservations about him. The young guys who are getting shots, they’ve earned it because they’ve worked for it and they’ve shown that they can do it so they’re ready to play if they get their chance.”
While it’s expected that Amadi gets the majority of the nickel cornerback snaps, Carroll won’t commit to it.

“Yes,” Carroll said when asked if the team made a decision on the starting nickel corner position. “We’ve come to a conclusion and we’ll find out on gameday.”

6 Seahawks players who should make more of an impact