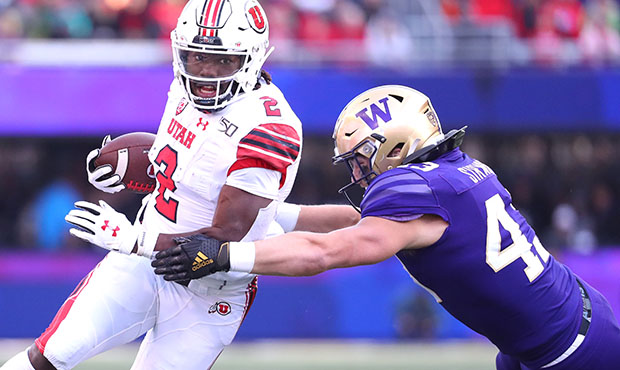 The UW Huskies played the No. 8 Utah Utes close last Friday, falling 33-28 after the Utes outscored them 14-7 in the fourth quarter at Husky Stadium.

In a game that ended with that slim of a margin, a couple of plays going the Huskies’ way could have turned the tide – two plays like the ones that FOX college football analyst and 710 ESPN Seattle host Brock Huard breaks down in this week’s edition of unPAC.

Huard, who was the color commentator for the TV broadcast of the game, noticed a few things at quarterback and linebacker that UW should be able to learn from going forward. First, he shows how a running play by Utah star Zack Moss near the goal line could have been stopped if it wasn’t for just a little bit of hesitation on Washington’s part. Then Huard looks at UW Huskies QB Jacob Eason taking a sack and explains how watching the Seahawks’ Russell Wilson in a similar play could make all the difference for the presumed NFL Draft prospect.

The Huskies continue play this Friday night against the Oregon State Beavers in a game that is set for a 7:30 p.m. kickoff. Elsewhere in the conference, the WSU Cougars return to action Saturday after a week off in a road game at Cal. That game, which will have a 4 p.m. kickoff, will air on 710 ESPN Seattle beginning with the pregame show at 2 p.m.

For more editions of unPAC from this PAC-12 college football season, click any of the links below.

• Huard unPACs Utah Utes’ monster in the middle
• Why Oregon had an answer against the Huskies
• Introducing unPAC, Brock Huard’s weekly look at PAC-12 football