Salk: LB Bobby Wagner is the Seahawks’ best player – why doesn’t he have a deal? 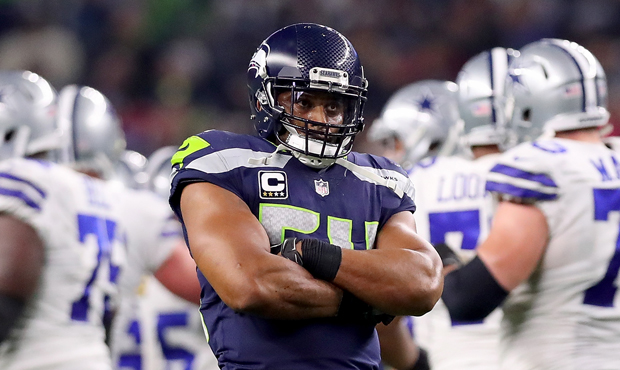 Seahawks linebacker Bobby Wagner is looking for a big payday with an extension. (Getty)
(Getty)
Share

The Seahawks kick off training camp on July 25, and until then, Brock and Salk will count down the top 25 most intriguing Seahawks every weekday at 8:30 a.m. Their list continues with No. 5: Linebacker Bobby Wagner.

• Originally drafted by Seattle in the second round in 2012.
• Has 981 career tackles and holds franchise record for tackles in a single season (168).
• Has been named to a Pro Bowl and First-Team All-Pro in each of the last three seasons, matching Rams’ Aaron Donald as only two players to do so.

“To me, the play and the position itself is not intriguing. He is an absolute stud and is going to be a stud for the next few years. I have no reservations about that at all. He got paid once already and he never missed a beat. That obsession only grew, which is what you want from your best players, and Bobby Wagner and Russell Wilson share that commonality. The intrigue here is that Bobby Wagner watched, quietly, the way his teammates handled their contract situations. And he wanted to do it himself; he wanted to take the agent out of the entire business and he wanted to be the one front and center with Matt Thomas, the capologist, and John Schneider, the general manager, putting this all together. Because Bobby Wagner’s pretty darn confident in what he brings to the table… and linebackers can play for a little bit, especially those who protect themselves… I think he’s got at least three years with the physical prowess still to do this.”

Why doesn’t Wagner have a new contract?

“Bobby Wagner’s the best player on this team,” Mike Salk said. “Some people think he’s the best player in the league, or at the very least right in that conversation, and with good reason… and he doesn’t have a new contract. Why? Well, there’s three potential reasons for that: one, he’s negotiating it himself, maybe that’s been an issue. Two, the Seahawks are balking at giving out third contracts, which may have some validity to it. And three, C.J. Mosley changed the market in a silly way for middle linebackers. And here’s the thing, I don’t think any of those things matter. They might delay it and might complicate it a little bit, but I think Bobby Wagner’s going to get a deal within the next week — book it. I think Bobby Wagner’s going to get done because the Seahawks don’t have anyone left to pay except for him and Jarran Reed. They committed to him. The last part of that is just to formalize it with a contract.”

Close
Salk: LB Bobby Wagner is the Seahawks’ best player – why doesn’t he have a deal?