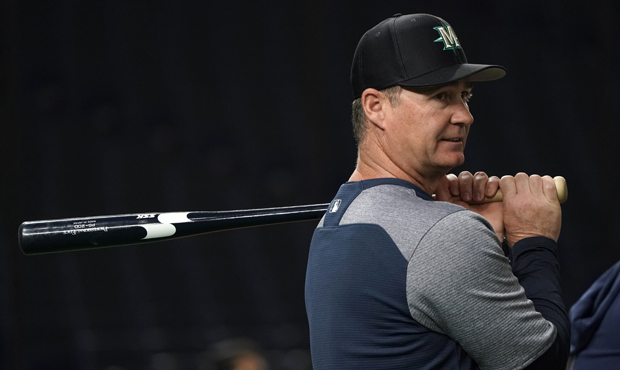 Earlier this week on Brock and Salk, ESPN MLB insider Jeff Passan raised the point that for Mariners manager Scott Servais to make it through the team’s rebuild with his job, it would be an especially rare case in baseball.

“I don’t think Jerry Dipoto after getting his extension last year has to fret for his job,” Passan said about the Mariners general manager. “Scott Servais does, though. I think at the end of this year some heads are going to have to roll, and the manager is the likeliest to really have a big impact.”

The quote from Passan about Servais’ job security was revisited by 710 ESPN Seattle’s Bob, Groz and Tom, and the show focused in on if there are any reasons currently stacking up against Servais that would suggest he isn’t the right man for the job of Mariners manager going forward.

It appears they are hard to come by.

“What manager would you want to put in this spot right now and expect an entirely different outcome?” Bob Stelton asked a team that entered Thursday with a 37-47 record in a year that has been dubbed my Dipoto and others as a “step-back season.”

“There hasn’t been one situation this year – not one – where I thought, you know what, Scott Servais really blew it with a bullpen decision. Because everybody who’s (in Seattle’s bullpen) is basically the same,” added Tom Wassell.

To Passan’s point, though, history is something you have to consider when it comes to Servais’ situation, and it is certainly checkered for managers that attempted to see rebuilds through.

“There are not many managers that can survive a long sustained period of losing,” said Wassell. “Now Servais is interesting because he and Dipoto came in here together, they had a winning record in 2016, a losing record in 2017, they had another winning record last year, then they flipped it to the rebuild here. So it’s not like we’re in year five of losing even though I’m sure it seems that way to Mariners fans. But if you look around – I counted this about a month ago – I couldn’t find a manager other than (current Marlins manager) Don Mattingly who survived four straight years of sub-.500 baseball.”

Stelton pointed out how the Mariners should be considered a different case than previous teams that have rebuilt because Servais was hand-picked by Dipoto to be Seattle’s manager and given a multi-year extension at midseason of last year, just months before the rebuild effort began.

“The dynamic is different in that supposedly everybody’s on board with the plan,” Stelton said of Seattle’s rebuild. “‘Alright, we’re tearing it down,’ so with that you understand it’s not going to be pretty for a little while here.”

Wassell, in response: “Does that mean that he and Dipoto get four years of a grace period where they’re just here?”

“I think in theory, yes, but in practice probably not,” said Dave Grosby, falling in line with a point Passan made during his visit with Brock and Salk.

The Mariners have never tried a rebuild, at least not on the same scale as this one, during their playoff drought that is currently the longest in major American pro sports, which began all the way back in 2002. Their inability to commit to a manager since Lou Piniella left – or even before he came to Seattle in 1993 – could easily be pointed to as something that has held the franchise back. Not only is Servais the team’s ninth manager since Piniella went to Tampa Bay in 2003, but if he makes it through this year he will tie inaugural manager Darrell Johnson for the second-longest managerial tenure in team history – at just four years.

Stelton thinks it would send a bad message if the Mariners did follow the usual rebuild path as it pertains to managers.

“If they fired Servais, I would honestly question, what are your expectations? And who would have done a better job? Tell me where he slipped up individually,” Stelton said. “… The idea that he’s gonna be above criticism, no, he’ll never be above that. But to say what we’re seeing (with the current team’s on-field results) is his fault, I think even if you don’t like Servais, you have to be realistic enough to understand and admit that he doesn’t have really anything to work with currently.

“I can’t look at this season and go, yeah, it’s the manager’s fault.”

To hear the full conversation about Servais, listen to this podcast of Tuesday’s edition of Bob, Groz and Tom.