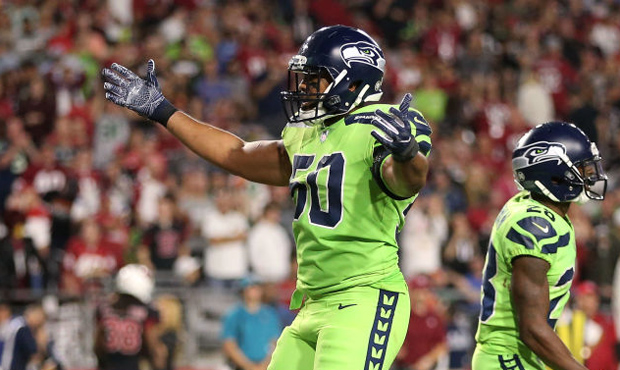 The Seahawks added outside linebacker Mychal Kendricks to their defense during the 2018 season to help out with the absence of K.J. Wright, who was dealing with knee issues. And while Kendricks played in four games and Wright played in five for Seattle last season, they never overlapped on the field.

Kendricks missed all of October and November due to a suspension stemming from insider trading charges, then suffered a season-ending knee injury in his return on Dec. 10. Wright, meanwhile, played three games while Kendricks was suspended, then returned for good two weeks after Kendricks was injured.

The Seahawks have reportedly agreed to re-sign both Kendricks and Wright, however, so Seattle fans may finally see them play on the field together with All-Pro middle linebacker Bobby Wagner for the first time in 2019.

What will having all three of those linebackers active at the same time do for the Seahawks?

“Lengthen your lineup,” 710 ESPN Seattle’s Brock Huard said during the Blue 42 segment of Brock and Salk on Thursday, borrowing a phrase from baseball.

In the attached video, Huard and co-host Mike Salk tackle that topic and two more from another busy day in NFL free agency.