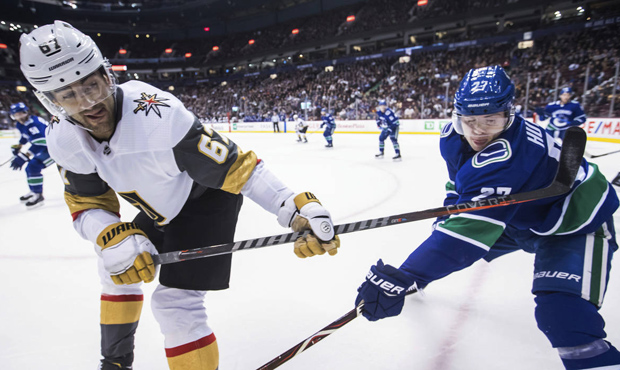 The new NHL Seattle franchise will play in the Pacific Division with Las Vegas and Vancouver. (AP)
(AP)
Share

Seattle is officially getting its NHL hockey franchise, which will join the league as its 32nd team for the 2021-22 season after the NHL’s Board of Governors unanimously approved the addition Tuesday morning.

Let’s go through some facts, figures and key dates that will help you prepare for the arrival of Seattle’s next pro sports team.

October 2021 is what you’ll want to circle on your calendar – well, once you buy your 2021 calendar, I should say. That’s when the new NHL Seattle team will hit the ice for its inaugural regular season. That won’t be the first opportunity to see the team in person, however. There is the preseason to consider, after all, which will start in mid-September. While the NHL Seattle group originally hoped to drop the puck in the 2020-21 season, the fact that breaking ground on the new arena under the iconic roof at Seattle Center was delayed until NHL approval of the team made that hope a long shot, and the league decided it was better to be safe than sorry by pushing the debut back one year.

Welcome to the Pacific Division

The new team will play in the Pacific Division of the NHL’s Western Conference. This will cause a minor re-alignment for the league, with the Arizona Coyotes, who play most of their games in the Mountain Time Zone (the state of Arizona doesn’t use Daylight Saving time), moving to the Central Division upon Seattle’s arrival. The Central Division, which currently has seven teams, is the only division in the league that doesn’t have eight members. So that will make the NHL Seattle team’s division foes the Los Angeles Kings, Anaheim Ducks, San Jose Sharks, Las Vegas Golden Knights, Calgary Flames, Edmonton Oilers, and the natural rival Vancouver Canucks.

Perhaps the biggest day between now and the first game will be the expansion draft, where the Seattle team will build its team by picking one player each from 30 NHL teams. It will be exactly the same rules that the league’s previous expansion franchise, the Las Vegas Golden Knights, were subject to – literally. Las Vegas will be exempt from the draft because of its relatively new standing in the league (it began play just last season), so Seattle will be picking players from the exact same number of teams the Golden Knights did. Even without being able to take a player from Vegas, the draft rules can only be seen as good news for the potential success of the new team, considering the surprising Las Vegas squad was a huge story last season, not only winning the Pacific Division with a 51-24-7 record but actually reaching the Stanley Cup Finals (such an unprecedented accomplishment for an expansion team that my memory of how far the Knights’ run went was initially incorrect because it still seems like crazy talk).

What are we calling this thing?

OK, OK, let’s get to what you really want to know: What is going to be the team’s name and colors? Your guess is as good as mine, but we shouldn’t have to wait much longer to find out. NHL Seattle CEO and president Tod Leiweke told 710 ESPN Seattle’s Danny, Dave and Moore in October that the name (and presumably colors, logos and merchandise) will probably be unveiled in the spring. The group reportedly filed for trademarks on a whole slew of potential nicknames in January, but rumors on Tuesday focused on an old name: Metropolitans, the same name of an old Seattle team that in 1917 became the first American squad to win the Stanley Cup (10 years before the championship trophy was exclusively awarded to the NHL champion). As for colors, Leiweke indicated that the usual Seattle scheme of blue and green is likely out of the question because it’s what the Canucks use, and speculation is that black and red could factor in prominently considering how much it has been used already by the NHL Seattle group.

More than just a team

The arrival of the NHL in Seattle won’t be just about a team you can watch on TV and go see in person at Seattle Center. The ownership group is set to build a sprawling training center in the Northgate neighborhood that it hopes will become a hub for the growth of hockey in the region. Believe it or not, there are no permanent public ice rinks inside the Seattle city limits, but that will change with the training center, which will feature a grand total of three rinks. The main rink will have seats for 1,000 fans, while the other two will seat 400. Perhaps most notable is that in addition to housing the NHL team, the facility will also host adult and youth hockey, training camps, tournaments, figure skating and public ice skating.

NHL Seattle timeline: How Seattle got to approval of expansion team