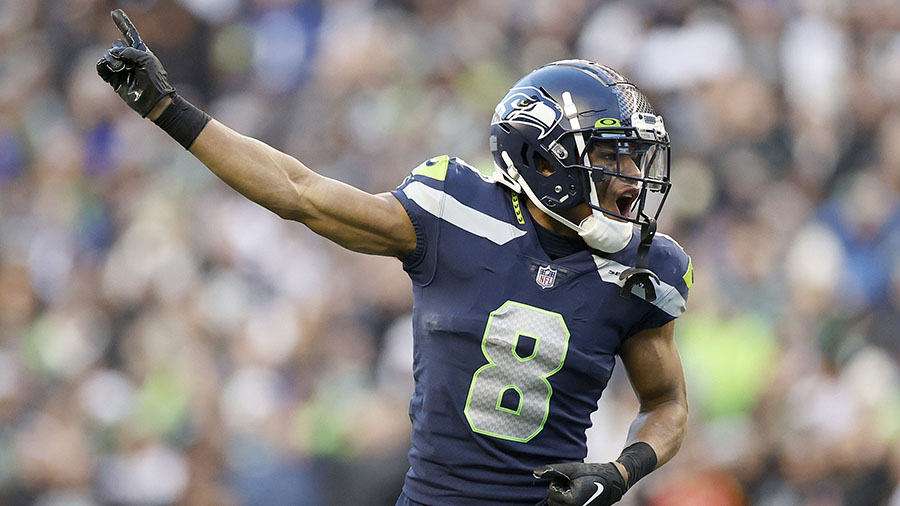 There are a number of players and statistics that stand out from the Seahawks’ 2022 season, such as Geno Smith setting multiple franchise records for a quarterback, Tariq Woolen picking off six passes as a rookie cornerback, and DK Metcalf and Tyler Lockett each having more than 1,000-yard receivers.

But what about some under-the-radar stats?

“There are three numbers that we never mentioned,” former NFL quarterback Brock Huard said during Tuesday’s Brock and Salk on Seattle Sports 710 AM.

And each of those numbers come on a different side of the ball.

“No. 1, he did not fumble the football one time in 200-plus carries this year,” Huard said. “And you think back to (former starting running back) Chris Carson and the number of fumbles and issues that he had, and that’s one of those things that boy, once you start to get it, it can be hard to eliminate. And the fact that it was a big fat zero and his ball security ball catching it and running was tremendous. That’s good stuff. I mean, that doesn’t get talked about, but I guarantee you behind the scenes, the staff and crew notice.”

On defense? Another rookie corner, but not Woolen.

“You mentioned (rookie nickel cornerback) Coby Bryant yesterday,” Huard said to his co-host, Mike Salk. “You look at that stat line at the end of the year, four forced fumbles? That was real. And it was even a little bit more than that. A couple of them were called back – it could have easily been six. He also had an interception called back … That’s pretty strong.”

On special teams, the Seahawks’ kicker was one of the best in the league.

“And then lastly, Jason Myers. Did you watch that kicker for the Cowboys? Holy cow,” Huard said.

The Dallas Cowboys beat the Tampa Bay Buccaneers on Monday night to advance in the playoffs, and a lot of attention was on kicker Brett Maher, who missed four of five extra-point attempts. Extra-points and field goals were no issue in 2022 for Myers, who bounced back from an up and down 2021 season to make the Pro Bowl – and coincidentally sign a contract extension with Seattle the day after the Cowboys-Bucs game.

“Jason Myers this year was 35 of 38 kicking field goals, was 44 for 45 on PATs, seven of seven of 50-plus, including a 56-yarder right before half (against the 49ers in the playoffs)… What a remarkable kick and play on a slick field,” Huard said.

“Having that kicker be a Pro Bowler again, be the guy you paid for … Last year, a little bump in the road. This year, absolute nails.”

More from Brock & Salk: Which free agents besides Geno should Seahawks re-sign?