Ty France at 3B, Jarred Kelenic in LF for Mariners series finale vs A’s 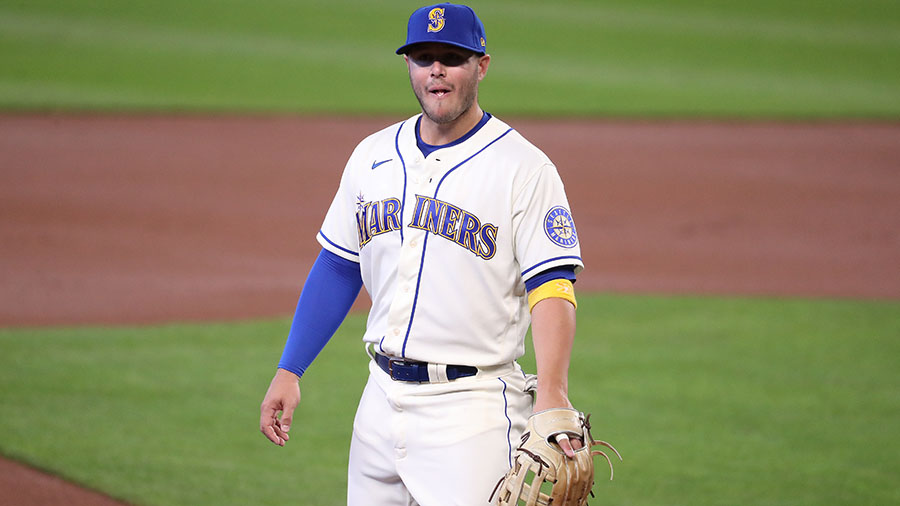 The Mariners are looking to avoid a sweep at the hands of the Oakland A’s, who have the worst record in the American League, and they’re sending out a slightly-different looking lineup than usual to try and get the job done Thursday afternoon.

• First things first, former top prospect Jarred Kelenic, who was recalled from Triple-A Tacoma on Wednesday, is in the lineup playing left field and hitting sixth. Kelenic is slashing just .124/.187/.266 in 40 MLB games this year, but he slashed .296/.366/.557 in 86 games with Tacoma. Kelenic has played just one game in left field in 2022, which was the Mariners’ second game of the year in Minnesota. He played there 14 times last year.

• Additionally, All-Star first baseman Ty France will move across the diamond on Thursday as he’s set to play his first game of 2022 at third base. France came up through the San Diego Padres system as a third baseman, but since being traded to the Mariners in 2020, he’s played just nine games at the hot corner with seven starts.

France being at third is due largely to Eugenio Suárez on the injured list with a fracture in the tip of his right index finger. The Mariners designated Jake Lamb for assignment on Wednesday and Dylan Moore, who has experience at third base, is playing shortstop to give J.P. Crawford the day off.

• With France at third, Carlos Santana is at first base rather than his usual designated hitter spot. DH will instead be occupied by Jesse Winker, who had another tough day defensively in left field on Wednesday, misplaying a ball in the corner for an error in an inning in which Oakland scored both its runs in the 2-1 A’s win. Winker now checks in at minus-15 defensive runs saved this year, per Baseball Reference.

• George Kirby has been on an incredible run of late as the rookie has a 2.03 ERA in eight starts since the beginning of August, and he’s allowed three or fewer runs in each of those outings while compiling 50 strikeouts to just four walks in 44 1/3 innings. The rookie right-hander also has yet to allow a home run since June 27, a stretch that spans 12 starts and 64 2/3 innings.

• The Mariners are just 1-5 on this final 10-game road trip of the season, and they’ve scored just one run in four of those six games, all of which were losses to the A’s and Angels.

• The Mariners enter Thursday holding the third and final American League wild card spot, trailing Tampa Bay by a half game for the second wild card and Toronto by 2 1/2 games for the top seed. Seattle is also four games up on Baltimore for the third wild card with just 14 games remaining in the regular season. The Mariners hold the tiebreaker over the Orioles, so the M’s magic number is 10. Baltimore plays Houston Thursday.

Close
Ty France at 3B, Jarred Kelenic in LF for Mariners series finale vs A’s