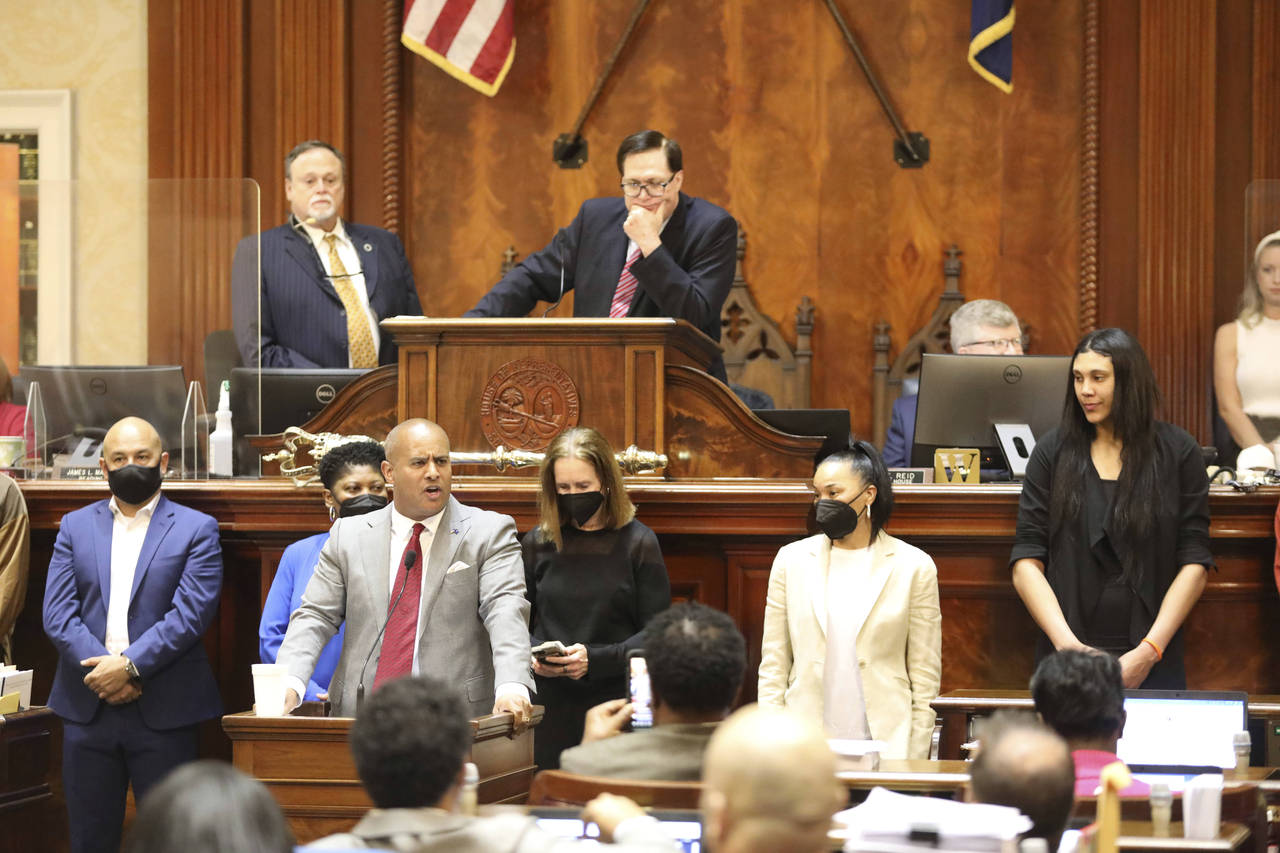 The team won the national championship Sunday with a 64-49 victory over UConn. The accomplishment made the Gamecocks the first team honored on the floor of the state House and Senate since the COVID-19 outbreak started in early 2020.

Coach Dawn Staley and the players did not speak, but plenty of lawmakers did for over an hour as resolutions honoring them were read and selfies and pictures were taken.

In the South Carolina House, lawmakers waiting for the team lined the main aisle and started a “Game: Cock” chant. As the team, coaches and support staff walked in, the techno song “Sandstorm” boomed.

“Never in the history of this chamber have we seen the welcome this team got this morning,” said House Minority Leader Todd Rutherford, a Democrat from Columbia whose seen presidents and other national championship teams honored.

In the Senate, Staley and the team stood in the chamber as several senators took the podium to have resolutions read in their honor read and to sing their praises.

Wednesday was a critical day for the South Carolina General Assembly, as a bill that does not pass one chamber by the end of the week will need a two-third vote to be taken up before the end of the session next month.