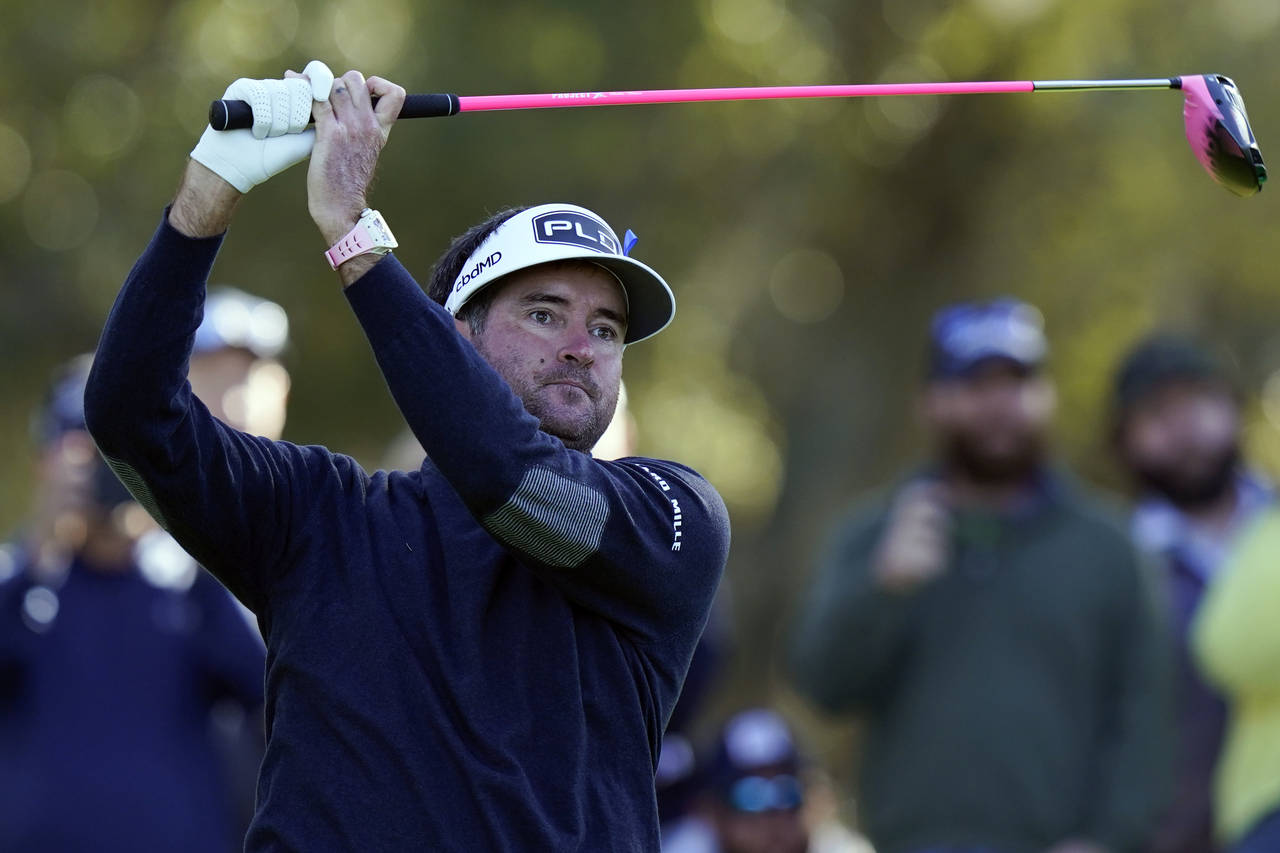 Bubba Watson watches his tee shot on the 12th hole during the second round of play in The Players Championship golf tournament Saturday, March 12, 2022, in Ponte Vedra Beach, Fla. (AP Photo/Lynne Sladky) Not with wind that was gusting to 40 mph, making the island green look more like a postage stamp. Not with temperatures plunging by the hour. And certainly not for the players who had to play 18 holes of a second round that was shaping up as among the toughest ever.

“This is as tough as golf as you’re ever going to play,” Keegan Bradley said after a 1-under 71, which he called one of the best rounds of his life.

Justin Thomas and Bubba Watson did the unthinkable. They didn’t make a bogey. Bradley would have joined them except for a double bogey on No. 16 when he was assessed a two-shot penalty for not playing his putt from where the wind had blown it away.

“You’re not really making that many swings. It’s just a lot of shots,” Thomas said after his 69 that featured a series of beautifully flighted shots and some numbers that showed just how much the wind affected shots.

“Some of the most bizarre conditions I’ve played in,” Thomas said.

And to think The Players Championship is not even at the halfway point because of rain that dumped 4 inches on the TPC Sawgrass and saturated the Stadium Course so much that it took 54 hours and 16 minutes from the start to the end of the first round.

When darkness halted play Saturday evening, 27 players had yet to tee off in the second round. The wind might not be quite as strong Sunday, but temperatures when the round resumes were expected to be in the upper 30s.

Tom Hoge goes into Sunday with his name atop the leaderboard. He still has played only 18 holes. He opened with a 6-under 66 on Thursday and was tied with Tommy Fleetwood, who was even par through three holes when play was suspended.

Thomas and Watson shared the clubhouse lead at 3-under 141. They left in a tie for 15th, and six of the players ahead of them had not finished a single hole.

Kevin Kisner reached 6 under in his second round until missing a short par putt on No. 4 and going from rough to water for a double bogey on the next hole. He shot 74 and was at 142. Dustin Johnson birdied his final hole for a 73 and was at 142, with two double bogeys on the par 5s over 36 holes.

Those who spent more than six hours on the course Saturday held on for dear life, especially when they came to the notorious island green on the par-3 17th.

Over two days, only four players hit into the water. On Saturday when play resumed, the first four players couldn’t find the green. Scottie Scheffler had the wind die and went long into the water. Xander Schauffele and Brooks Koepka caught a gust and came up short, as did Collin Morikawa in the group behind them.

By the end of the day, 29 balls had gone into the water.

The average score for the second round when play was suspended was 75.37, and it was certain to go higher Sunday morning. The average was 75.41 for the opening round in 2007, the first year The Players was in May. The highest ever for the opening two rounds was 76.19 in 2000 when it was in March.

Scoring tends to get lower after the cut. The highest average score for any round was 76.51 in the third round of 2005.

Thomas thought he was going to end up on the good end of the draw when they started out Friday in soft, still conditions in the rain. Returning to 30 mph wind on Saturday morning to finish the round and then facing 18 holes of that in the afternoon? Not so much.

“There’s always one person who play good on the bad side of the draw,” Thomas said. “I kept saying, ‘Be that guy.’ I’m very proud of myself today.”

So many others went the wrong direction.

Schauffele was 4 under for his opening round, two shots out of the lead, when he hit into the water on the 17th for bogey. On the next hole, he went from rough to rough and then to the water, had a wedge spin back some 75 feet away and made a quadruple bogey. He went back out for his second round and shot 78.

Brooks Koepka was 3 under when he returned and was just left of the par-5 16th in two. It took him four shots to get down, he put his tee shot in the water on the 17th for double bogey and shot 72. He followed that with an 81, matching his highest score on the PGA Tour.

He hit 8-iron from 205 yards on the 16th hole in the morning. He estimates his 8-iron on the 17th going the other direction went 105 yards in the air, and then some 20 feet to the bottom of the pond.

“It’s brutal, man. It’s pure luck and somewhat loss of integrity of the tournament in my opinion,” Kisner said. “We’ve got 36 more holes to figure out who’s playing the best.”