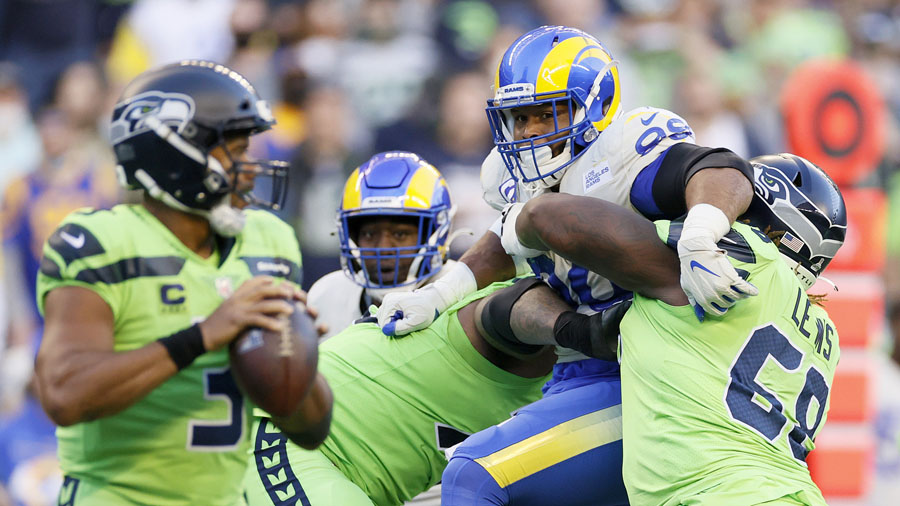 We are prone to overanalyzing and overreacting from week to week during the NFL season, so it should come as no surprise that the Super Bowl has an outsized effect on the 30 other teams around the league.

There is an entire offseason to sit, stew, and wonder about how to knock off the team that won the NFL’s ultimate prize. Just look at Seahawks quarterback Russell Wilson’s misery caught on camera during Super Bowl LV last year and the offseason of drama and reckoning that followed. Oh, and what is it with Wilson and sitting next to Roger Goodell at Super Bowls? (More on that later.)

In the aftermath of the Rams’ 23-20 win over the Bengals, the key factors in the win by Seattle’s NFC West rivals will undoubtedly be blown out of proportion and hang over teams that are trying to go from contender to champion.

Here are the three biggest overreactions from Super Bowl LVI, whether they will hold up as valid after the emotion of the game wears off and critical evaluation sets in, and how the Seahawks go about achieving those goals.

• Overreaction: You can’t win a Super Bowl without a dominant defensive line.

The Rams sacked Joe Burrow six times in the second half (seven times overall) and turned the Bengals away time after time when it looked like any kind of points would put the game out of reach for Cincinnati. Aaron Donald had two sacks and three QB hits, and his most important sequence literally won the Rams the Super Bowl after he made stop on a third down run and then pressured Burrow on the subsequent play to force a turnover on downs.

Is it valid: Yes. The Buccaneers laid out the template last season with a tour de force from the defensive line that shut down a dynamic and seemingly unstoppable Chiefs offense. The Rams followed that model by wearing down the Bengals offensive line, and not allowing any of the six drives after a fluke TD on the first play of the half to gain more than 26 yards.

Can the Seahawks replicate that dominance on their defensive line? Aaron Donald is a transcendent, freakishly talented football player, and it’s unlikely the Seahawks (or any team) can find a player like that in the draft. However, good edge rushers and defensive tackles are always available for those who are willing to spend on them. Carlos Dunlap is one piece Seattle can build around, and a high-priced acquisition in free agency can help negate double teams for both players on that line.

With the way the game is officiated to emphasize offense, coupled with teams that endlessly throw the football, it has never been more difficult to be a cornerback (or anyone in pass coverage). A dominant defensive line alleviates risk on the secondary, especially if an opposing QB is turned around, scrambling for his life during most of the game.

Matthew Stafford, Jalen Ramsey and Von Miller were all acquired by the Rams by trading draft picks, and all were critical pieces of the Super Bowl win. Jared Goff doesn’t make the fourth quarter throw over the middle to Cooper Kupp that Stafford does. Watch the end zone view of the replay to see how Stafford looks off the middle linebacker and no-look throws it on a dime right to a spot where Kupp will be crossing into the vacated zone. Without these three the Rams are still languishing in mediocrity, good but not great enough to go the distance.

What a drive by Matthew Stafford and the @RamsNFL.

Is it valid: Yes. The ultimate goal is to win a Super Bowl. These windows are fleeting, so when the pieces are in place why not do everything possible to maximize that opportunity? This idea has been bantered around a lot recently (someone might have even written an article about it), but slowly building and developing draft picks works for a young team whose stars are on rookie contracts, not for a team like the Seahawks where you’re looking at potentially just two years left for Russell Wilson at quarterback and every other star player is either on an expensive deal or about to get one.

We can dig into the stats to show the impact of Stafford, Ramsey and Miller for the Rams, but there is an unquantifiable benefit to bringing in established stars: they infuse instant leadership and presence on a team. The hit rate on draft picks becoming big-time contributors, especially superstar-caliber, has been low for the Seahawks recently. Adding an established player mitigates that risk and brings an instant contributor to a team with a lot of pieces already in place.

It’s worth a separate look at who the Seahawks should actually try to acquire, and plenty will be written about that before free agency begins, but in terms of trading for established talent, why not talk to the Saints? According to OvertheCap.com, they are $75 million over the salary cap. They’re not in “win now” mode, and with salaries aplenty that need to be shed, perhaps a couple of first-round picks could swing a deal to bring over someone at a position of dire need, such as defensive ends Cam Jordan or Marcus Davenport. You might even kick the tires on cornerback Marshon Lattimore depending on who does or doesn’t re-sign in Seattle.

• Overreaction: Russell Wilson will begin another offseason of discontent.

Last year at Super Bowl LV in Tampa, Russell Wilson was caught on camera sitting next to Roger Goodell, and he looked absolutely miserable. That began a months-long saga that still seems surreal because of how out of character it was for Wilson. Well, wouldn’t you know it, a year later and there is Wilson plopped down directly next to Goodell again. The camera didn’t catch anything as visceral as the reaction a year ago, but after having another prime seat to watch the Super Bowl with the commissioner constantly talking in your ear, can’t feel good.

Is it valid: No. We did only see a brief clip of the two (Who knows? Maybe Wilson was furious the whole time except for that moment), but the mood and situation seems much better than the one the Seahawks were in a year ago. The offense is being reworked in the Shane Waldron image and the front office will continue to add weapons this offseason. Plus, even if Wilson was annoyed at watching a divisional rival win the Super Bowl, after the lessons of last year there is no way those frustrations become public knowledge.

The outcome of a Super Bowl overshadows everything else from a season and skews perspectives on the best route to achieve that goal. There is no blueprint to winning it all, but there are certainly moves to make which can increase those chances. For now, a long offseason continues as the Seahawks look to build back to challenging for the crown in the undisputed toughest division in football.