Groz: Best way for Mariners to improve before trade deadline is on their roster 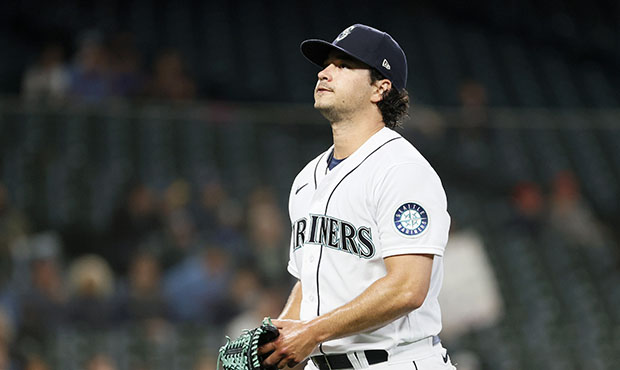 The Mariners start a new series Tuesday night in Colorado, and as things stand on Monday, they’re just 2 1/2 games out of the American League’s second wild card spot. They’re going to need reinforcements for their playoff push, however, especially in the rotation.

Seattle has enjoyed an impressive season from Chris Flexen, a 26-year-old right-hander they signed in the offseason after he had a strong 2020 campaign in Korea. But outside of him, there’s a lot of reason for concern.

While Yusei Kikuchi pitched well enough in the first half to make the All-Star team, his last two starts have been alarming. Logan Gilbert is on quite the roll after striking out nine in a win over the Angels on Sunday, but he’s still a rookie and likely to see opposing teams adjust soon to what he’s been doing. The Mariners also have an open spot in their five-man rotation at the moment, and that will probably be addressed before the July 30 trade deadline.

There’s one pitcher that 710 ESPN Seattle host emeritus Dave “The Groz” Grosby says could really help the Mariners’ playoff hopes, however, and he’s already in the rotation: Marco Gonzales.

The veteran left-hander was the closest thing to an ace that Seattle had in 2019 and 2020, but this season has not gone as planned. Gonzales has struggled with his command, and as a result he has a 1.465 WHIP and 21 walks in 11 starts. In the same amount of starts last season, Gonzales had a 0.947 WHIP and just seven walks.

“The biggest surprise to me about the Mariners being six games over .500 and leading the pack of teams chasing the wild card spot is they’ve done it without Marco Gonzales,” Groz says in his latest edition of Just a Minute. “With a 1-5 mark and an ERA of nearly 6, this is a man who needs to forget about the first half. If Marco can pitch back to the form of the last three years, he’s better than any deadline acquisition you could make – far better.”

Gonzales’ next start is Tuesday’s series opener against the Rockies in Denver, which is just an hour from where he grew up in Fort Collins, Colo. While it be a big game personally for Gonzales for that reason, Groz calls it the biggest start of the M’s season so far because of what a good outing for Gonzales could mean for the team.

“The boost for his teammates would be enormous,” Groz says. “It’s really hard to imagine competing for the postseason without Gonzales as a major part of it. Let’s hope that all starts on July 20.”

Listen to Groz’s full thoughts in the video below.

Close
Groz: Best way for Mariners to improve before trade deadline is on their roster