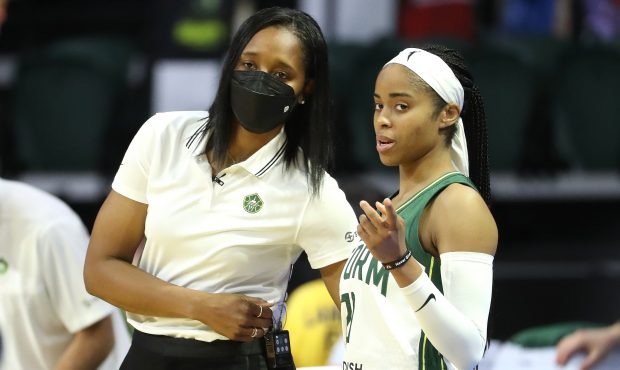 Quinn took over on Sunday after Dan Hughes abruptly announced his retirement, saying the rigors of being a head coach in the WNBA has taken a toll.

Sue Bird added 12 points and eight assists for Seattle (6-1), which has won four straight games. The Storm made 11 3-pointers, four from Loyd, and 21 of 24 free throws.

Stewart scored 16 points in the first half and Loyd added 10 as Seattle built a 43-38 lead.

Stewie got buckets in the 1H, dropping a game-high 16 points 🔥

Watch the 2nd half on ESPN2! pic.twitter.com/5ekjlBh1Ft