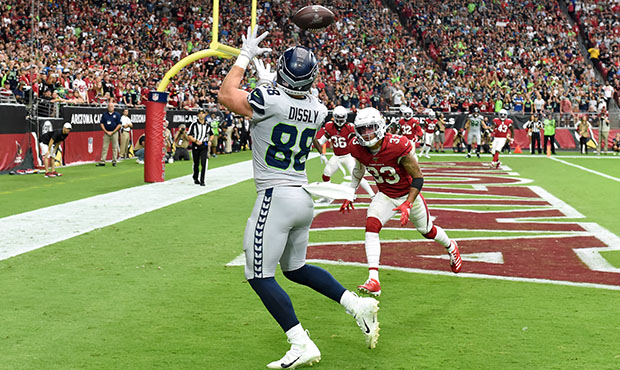 The Seahawks have kicked off training camp ahead of the 2020 campaign where the team will be looking to improve on a 2019 season in which the team went 11-5 in the regular season and won a playoff game before falling in the divisional round in Green Bay.

Clayton: Hawks were ‘all-in’ all along, even as NFL trended differently

Expectations for Seattle are very high after arguably quarterback Russell Wilson’s best season as the offense has playmakers at running back, receiver and tight end, and the defense, which struggled in 2019, acquired one of the best players in the NFL in All-Pro safety Jamal Adams.

But there are plenty of questions left to be answered before the Seahawks kick off their season in Atlanta against the Falcons in September. Mike Salk needed some answers to key questions, and former NFL quarterback Brock Huard, Salk’s co-host for 710 ESPN Seattle’s Brock and Salk Podcast, had some answers.

Who will be Seattle’s breakout player?

The last two seasons, the Seahawks have seen a player break out in a big way on offense. In 2018, 2017 seventh-round pick Chris Carson rushed for over 1,000 yards as the team’s lead back. Last season, rookie receiver DK Metcalf exceeded plenty of expectations and emerged as Wilson’s No. 2  target. He ended the year with 900 yards and seven touchdowns and in his playoff debut, he set an NFL rookie record with 160 yards and a touchdown.

If anyone on the Seahawks is going to break out this upcoming season, Huard sees it happening, once again, on offense.

“It’s going to be Will Dissly,” he said of the young tight end. “… I think in their system and what they’re asking him to do and the help he’s going to have around him in that tight end room and (Dissly), as Pete said this week, worked out every single day because why wouldn’t he? … I think he’s going to have a tremendous year.”

Dissly is entering his third NFL season but he’s appeared in just 10 games in his first two seasons due to severe injuries. His rookie season got off to a fast start as he caught eight passes for 156 yards and two touchdowns before suffering a torn patella in Week 4. He got off to another fast start in 2019, catching 23 passes for 262 yards and four touchdowns before tearing his Achilles in Week 6.

While Dissly is his pick, Huard hopes to see a defensive player be the team’s key breakout player.

Salk floated names such as cornerback Shaquill Griffin, 2019 second-round safety Marquise Blair and 2020 first-round linebacker Jordyn Brooks, but Huard went with someone on the defensive line, which was arguably the Seahawks’ biggest overall weakness in 2019.

“I would contend above any of (the players Salk mentioned), like a true breakout year, they breakout and they do something no one expected and DK Metcalf was that (in 2019), (Chris) Carson was that a couple years ago, and this would truly be that way and it would be an enormous leap, it would be L.J. Collier,” Huard said.

Collier, a defensive end, was Seattle’s first-round pick in 2019 out of TCU and did not have much of an impact in his rookie campaign. His development was slowed by a training camp ankle injury that many feared would actually end his season, but he returned for Week 2 and from that point on, was often a healthy scratch. In around 150 snaps, he had three tackles and no sacks.

“If the former first-round pick can actually show his versatility and be a guy who can play like (former Seahawks lineman) Michael Bennett did as a five-technique (defensive end) and come inside and be a 280-pound disruptive guy on that defensive line and get you three, four or five sacks and just be a difference maker and the light bulb goes on and the maturity comes and the athletic ability should be there to do what Michael Bennett was able to do physically, then he would be the guy that I would sign up,” Huard said.

Will the trenches improve in 2020?

The Seahawks had just 28 sacks in 2019, which was tied for the second fewest in the NFL. The team added Bruce Irvin and Benson Mayowa in free agency and drafted Darrell Taylor and Alton Robinson, but didn’t sign a top name in free agency like Jadeveon Clowney or Everson Griffen or trade for a top pass rusher such as Yannick Ngakoue of the Jaguars.

Huard said the question with that group is whether or not it has enough legit NFL starters and good backups because you can’t win a Super Bowl with a ton of uncertainty or just average players.

The other line, though, faces more of an uphill battle, he said.

Developing an offensive line in any offseason is tough, but this one is a double-edged sword for the Seahawks because not only are there limited training camp reps to go around and no preseason games, but the team will have at least three new starters on the line and possibly four.

“If 80% of them, four out of five, are possibly going to be new on that O-line, it’s just hard to imagine that they’re going to play as well as they did, certainly in the second half of last year,” Huard said.

The Seahawks have a lot of offensive linemen on the roster currently, so which five would Huard roll out as his starting unit?

“Right tackle is (free-agent addition Brandon) Shell. he’s going to take his first snap of violence as a Seahawk. Right guard is Jamarco Jones? He’s played some. Center is going to be (free-agent addition B.J.) Finney and he’s going to be new. Left guard if probably going to start being (re-signed 2019 starting left guard Mike) Iupati until (he gets hurt). And Duane Brown (at left tackle). Obviously, Duane Brown is the anchor,” Huard said.

Huard thinks you could make the case that those five he listed have experience starting in the NFL, with three of them having been in Seattle’s system for at least one season, and that on paper, the unit should be better than last year’s line, but the limited reps will have a major impact as far as the group meshing.

Listen to the entirety of this week’s Brock and Salk Podcast at this link or in the player below.