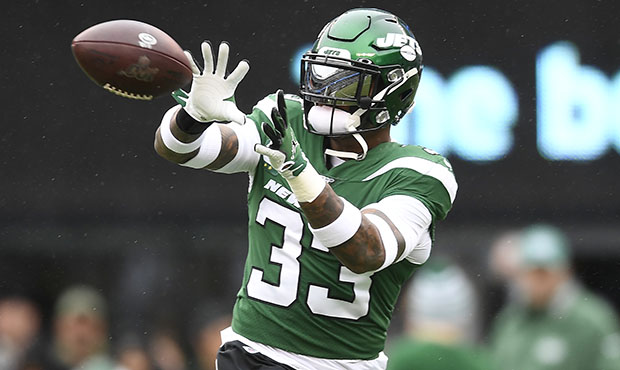 The Seahawks have made their biggest splash of the offseason, acquiring All-Pro safety Jamal Adams from the New York Jets as well as a 2022 fourth-round pick in exchange for safety Bradley McDougald, a 2021 first-round pick, a 2021 third-round pick and a 2022 first-round pick.

The Seahawks announced the deal Saturday though at the time it was still pending a physical, as is customary. He reportedly passed the physical Tuesday.

The addition of Adams instantly provides a massive boost for a Seattle defense that was one of the worst in the NFL in 2019.

NFL Network’s Ian Rapoport was among the first to report the trade.

Trade/ Jamal Adams and the Jets 4th round pick in 2022

McDougald, who started at safety the last two seasons for the Seahawks, confirmed the trade on his Twitter page, as did the Seahawks’ official page.

The deal is a massive one for the Seahawks, who are banking on Adams being a key part of the defense for years to come, giving up two future first-round picks in order to acquire him.

Adams, 24, was a first-round pick (sixth overall) in 2017 out of LSU and quickly emerged as one of the better safeties in the NFL. He earned Pro Bowl honors in 2018 and 2019 and was a First-Team All-Pro in 2019 for New York. Adams sent a message to Seahawks fans and the organization a few hours after the deal was announced.

To the Seahawks Org & Fans:
You have a man on a mission, a man all in on winning a Super Bowl, being the best leader & teammate he can be, & a man who will give everything he has to the city of Seattle and to the 12s all across the world. Thank you for believing in me!#Prez pic.twitter.com/3kQzatip2r

Adams, who has been seeking a new contract, has been vocal about his issues with the Jets this offseason. After talks apparently fell through, he decided to seek a trade to a contending team, with the Seahawks reportedly being on that list. This week, Adams told the New York Daily News he felt head coach Adam Gase wasn’t the right leader for the team and disclosed other issues he had with the organization.

Now, Adams is set to join a secondary with Pro Bowl cornerback Shaquill Griffin, safety Quandre Diggs and either Quinton Dunbar or Tre Flowers at the second cornerback position, giving the Seahawks their best secondary on paper since the Legion of Boom days of Richard Sherman, Earl Thomas and Kam Chancellor.

The young safety did it all for the Jets last season with 75 tackles, 6.5 sacks, one interception for a touchdown and a fumble recovery for a touchdown. The Seahawks were one of the worst in the NFL against the run and the pass, and Adams will instantly help in both regards. He also can rush the passer, and his 6.5 sacks in 2019 would have led the Seahawks, as Rasheem Green led the squad with just four.

Adams, who is signed through the end of 2021, is set to make $7.1 million in 2020 and $9.8 million in 2021, per Spotrac. It would seem that the Seahawks, who gave up a lot value in terms of draft picks, must feel confident in their hopes to sign Adams to a long-term deal. The Seahawks have roughly $14 million in available cap space for 2020, according to OverTheCap, though that number will go down with Adams taking the place of McDougald, who is set to make just over $5 million in 2020.

Former NFL quarterback Jake Heaps of 710 ESPN Seattle’s Tom, Jake and Stacy reported recently that a source of his who works in an NFL front office told him that the Seahawks were “really into” Adams and were “absolutely pursuing” a trade. That ultimately proved to be the case, with Seattle investing heavily into getting Adams on board, apparently even before a potential long-term deal was agreed upon by both sides.

Regarding a long-term deal, ESPN’s Jeremy Fowler said that a deal now is “not a stipulation for the trade” and that the Seahawks can extend Adams this upcoming season or in 2021. He also noted that it likely ends any pursuit of defensive end Jadeveon Clowney that the team may have had, though it has looked less and less likely that a reunion would happen as the offseason has gone on.

Notes on Jamal Adams/Seahawks, per sources.

Parties involved believed 49ers, Cowboys were both in.

A deal now not stipulation for trade, can extend this year or next.

All but closes book on Clowney.

The trade is one of the biggest that the Seahawks have made in quite a while. General manager John Schneider has shown he is not afraid of shipping off first-round picks, as evidenced by the Percy Harvin deal in 2013 and the Jimmy Graham trade of 2015, but he has never sent multiple first-rounders before in a deal. The Seahawks now are not set to pick in the first round until the 2023 NFL Draft.